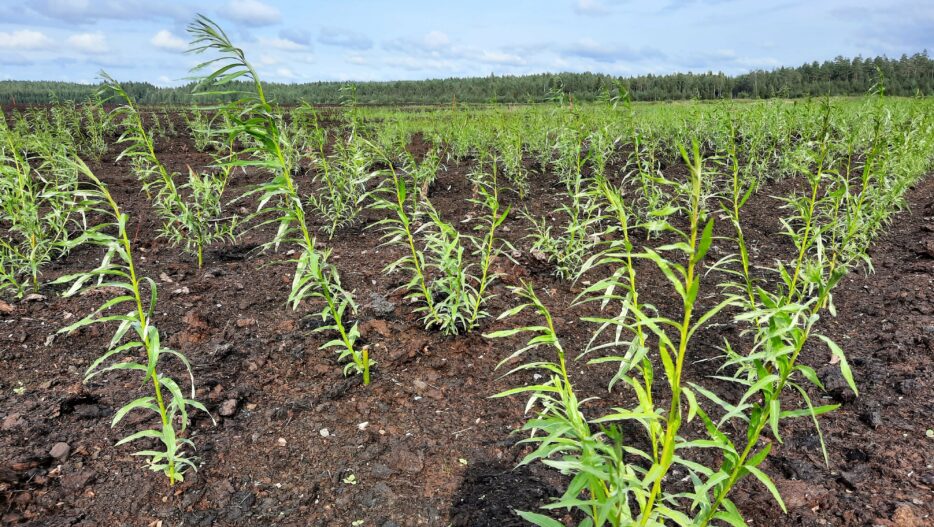 Neova’s target is to increase the use of renewable raw materials and, at the same time, promote biodiversity and carbon sequestration. The combination of these three targets will be tested during the next few years at Karhunsuo in Kouvola, where almost 20 hectares of willow cuttings have been planted.

Neova has tested willow as a raw material for activated carbon, and the initial experiments show that high quality activated carbon can be harvested from willow. The problem is sufficient supply of raw material near the production site. The company has previously experimented growing different species of trees, such as willow, as fuel wood in the 1980s at Piipsanneva in Haapavesi and Hirvineva in Liminka, among other places. Willow thrived and grew well at the former peat production sites but the product was not able to compete with wood chips.

The target at the Karhunsuo test site is to test the cultivation, harvesting and carbon sequestration of willow and, at the same time, speed up the recovery of biodiversity. Willow cuttings, about 40 cm tall and 1 cm thick sprouts, were planted in the driest areas of the old production site in June and July 2021. Overall two thirds of the 24 hectare area was cultivated and one third was left as wetland. The plantation does not reach all the way to the field ditches, which means natural restoration is not endangered. This ensures the formation of a diverse plant population, and the insect and animal populations thriving in them. 13,000–15,000 willow cuttings were planted per hectare.

The special feature of willow is how fast it grows. Already during the first year, willow grows tens of centimetres, and the intent is to cut the willows next summer so that the cuttings produce more new basal sprouts. This means one cutting will produce up to 10 sprouts in the third growing season. At its fastest, willow can produce 8–10 tonnes of biomass per hectare in a year in a mineral soil field. Two thirds of this is on the surface and one third is in the root systems. Once a willow field has been planted, it produces harvestable crop every 3–5 years for an estimated 20–25 years, after which the vitality of the populations start to decline.

Willow absorbs carbon dioxide from the air and binds it into its growth and root system. If the speed of growth is ideal, willow binds 10 tonnes of carbon per year. Willow growth is also an effective water evaporator.

The idea is to utilise willow as raw material in industrial processes.  Willow can be used as raw material for activated carbon and biocoal, among other things. In the future, the goal is to examine the possible valuable materials that willow contains and how to utilise them.

At Neova Oy’s experimental plantation at Karhunsuo in Kouvola, a study is being conducted on whether land previously used for peat production can be used for growing willow. Peat production in the area gradually ended during 2018–2020. For willow to grow well, it requires a growing media that is of the same level of acidity and nutrients as that of field cultivation. Recycled materials such as ash and horse manure can be used for acidity control and fertilisation.

In addition to Neova, the School of Forest Sciences of the University of Eastern Finland is involved in the establishment and monitoring of the test area. The School of Forest Sciences also monitors the development of the willow growth. The cutting material came partly from the University of Eastern Finland’s willow plantation and mainly from Carbons Finland, from where the planting machine was also rented.

Despite the hot and dry summer, the willows have started to grow well.